Things did not go so well for A/S Flørli, the company Einar Meling started. As an effect of the first world war, the german steel factory which was meant to buy the products from the smelting works, called off the deal. A/S Flørli thus constructed only the power station and realised they’d have to sell the electricity. The only potential customer was the city of Stavanger and an agreement was reached to deliver electricity for a ten year period.

Moreover, Einar Meling himself died in 1919 and in 1920, there was a breach in the watergates which caused a huge avalanche to hit the backside of the power station. For four consecutive months the station was out of service and lost income. In addition, construction costs had become much higher than foreseen and by 1925, A/S Flørli could no longer fulfill its financial obligations. That’s why in 1927, Stavanger municipality was able to take over the station in Flørli on a discount. A/S Flørli filed bankruptcy immediately after, draging two local banks along in its wake.

You’re here standing right next what might just be the world’s smallest fire station! On the picture from the 1970’s you see the director of the Flørli power station, Torleif Johannessen standing next to it. The other picture shows a fire exercise in the late 1940’s. 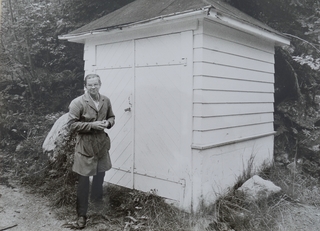 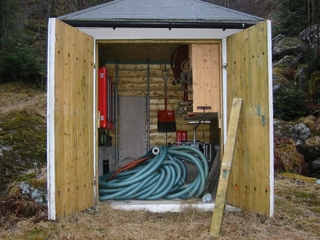 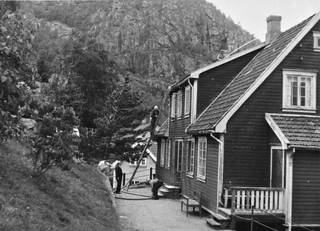 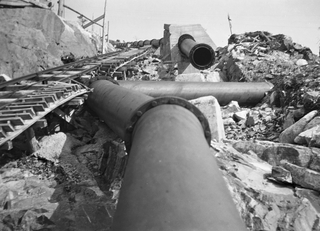 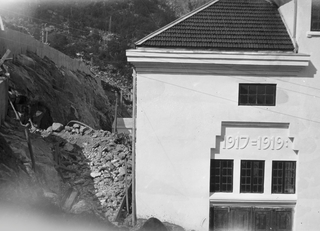